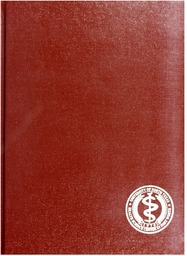 Valderas, Michelle Wright., Molecular Characterization of a Second Superoxide Dismutase Gene(sodM) of Staphylococcus aureus and Effects of SodM and SodA on Oxidative Stress Resistance and Virulence. Doctor of Philosophy (Biomedical Sciences), November, 2001, 191 pp., 4 tables, 20 illustrations, bibliography, 389 titles. A second gene for superoxide dismutase (SOD) in S. aureus (sodM) was cloned and characterized. This gene was found to be unique to S. aureus among the staphylococci. S. aureus is the first gram-positive bacterium reported to contain two or more SOD activities. The three native SOD enzymes observed for S. aureus can be accounted for by two distinct genes, sodM and sodA. The SodM and SodA proteins form homodimers, but their subunits also interact to form an active heterodimeric SOD. The deduced amino acid sequence from each gene and the relative insensitivity to hydrogen peroxide and potassium cyanide indicated that the S. aureus SODs utilize manganese as a metal ion cofactor. Additionally, viabilities of the soda and sod double mutants, but not the sodM mutant were drastically reduced under conditions of oxidative stress in early exponential growth. However, only the double mutant was affected when oxidative stress was applied in the late-exponential and stationary phases of growth. It was determined, therefore, that while SodA may be the major SOD activity in S. aureus throughout all stages of growth, SodM, under conditions of oxidative stress, becomes a major source of SOD activity during the late-exponential and stationary phases of growth such that the viability of the S. aureus sodA mutant is maintained. Experiments examining the roles of sodM and sodA in virulence determined the ability of S. aureus to cause disease in the mouse lung and subcutaneous abscess formation in mice was unaffected by sod mutation. Lack of SOD activity, however, results in enhanced clearance of S. aureus within the lung and also promotes killing of the organism by mouse macrophage cell lines and human polymorphonuclear leukocytes.