Analysis of a Tn917 Transposon Mutant and Preliminary Characterization of NonHemolytic, Catalase-Deficient Variants of Staphylococcus aureus 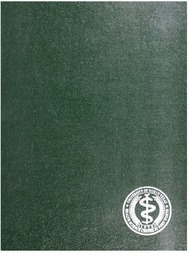 Crum, Russell M., Analysis of a Tn917 Transposon Mutant and Preliminary Characterization of Nonhemolytic, Catalase-Deficient Variants of Staphylococcus aureus. Masters of Science (Microbiology). June 1999. Pages-101. Tables-15. Figures-10. A Tn917 transposon mutant of Staphylococcus aureus S6C was isolated and analyzed due to its deficiency in hemolysin and lipase activities. The transposon insertion did not occur in any of the known genetic regulators, which suggested the insertion occurred in a novel regulator of at least, hemolysin and lipase activities. One end of the region where the insertion occurred was isolated, sequenced, and compared with known DNA databases. Sequence comparisons revealed the insertion occurred in one of six rRNA DNA operons, which was confirmed by Southern analysis. Transduction of the transposon insertion back into the parental strain did not result in a mutant phenotype thereby indicating that the transposon insertion into a rRNA DNA operon was not responsible for the observed mutant phenotype. Further analysis of the parent strain, S. aureus S6C, revealed a population of four relatively stable variants differing in their hemolysin and catalase activities. These data suggest that the Tn917 mutant was one of these four S6C variants.