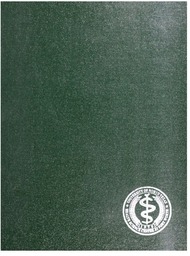 Maddipatla, S., Asthma Mortality and Toxic Release in Texas - An Ecological Study 1980-2001. Master of Public Health (Environmental Health) April 2004, 97 pp., 4 tables, bibliography, 94 titles. There is a lack of literature examining how the spatiotemporal trend of asthma may have impacted different ethnic/racial compositions of Texans. The present study sought to evaluate the geographic-temporal variations in asthma mortality in Texans over a 22-year period, retrospectively, and examine whether the trend of environmental Toxic Release Inventory (TRI) concentrations and their spatiotemporal persistence might place an uneven burden on particular racial groups. The study concentrates on the time period between 1980-2001 and first evaluates geographic excess of asthma mortality in different racial groups at the county level and characterizes the excess burden by spatiotemporal variations. After this assessment, the impact of TRI on asthma mortality over this period of time is analyzed. Based on these two analyses, this would identify which racial/ethnic groups in which Texas regions might have been affected the most by regarding mortality over time, and suggested priority geographic areas for policy intervention. At the end of this study, it could be said that there might be an association between the TRI release and increased asthma mortality in the Black male population.