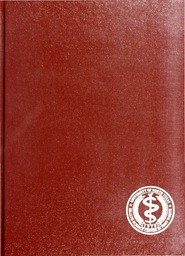 Dickerman, Rob D., Androgens and Cardiovascular Disease Doctor of Philosophy (Biomedical Sciences), May 1998; 111 pp; 10 tables, bibliography, 197 titles. Anabolic steroids are commonly used by many muscle and strength dependent athletes due to their ability to enhance the hypertrophic effects of resistance training. The use of anabolic steroids by bodybuilders appears to carry significant health risks, most commonly reported are sudden death, myocardial infarction and cardiomyopathy. To investigate the effects of anabolic steroids on cardiovascular risks, a study was designed to analyze the effects of androgens on lipoprotein levels and structure/function of the heart. For the study on lipid-related risk, twelve competitive bodybuilders were recruited for a comprehensive analysis of serum apolipoprotein A-I, B, total cholesterol, HDL-cholesterol, LDL-cholesterol, and testosterone. Serum total cholesterol, HDL- and LDL-cholesterol, apolipoproteins A-I and Be were significantly lower in androgen-users. Consistent with previous reports, androgens were associated with decreases in HDL-cholesterol and apolipoprotein A-I. However, androgens were also associated with reduced serum total cholesterol, LDL-cholesterol and apolipoprotein B. Despite the significantly higher total cholesterol/HDL-cholesterol ratio, the low levels of serum total cholesterol levels (percentile) in the androgen-users raises questions as to whether there is increased risk for cardiovascular disease and the exact role of androgens in cardiovascular risk. To investigate the effects of anabolic steroids in pathologic concentric left ventricular hypertrophy, the effects of androgens on left ventricular size and function were analyzed. Previous investigations conducted on left ventricular size and function have yielded inconclusive results. Problems existing in each of the previous investigations were small body mass, short length of myocardial exposure time to resistance training (years of training), significantly different body mass between steroid-users and steroid-free subjects and monitoring/reporting of steroid use. These problems may have contributed to the discrepancies between studies. Therefore, we selectively recruited eight competitive heavy weight drug-free bodybuilders and eight matched competitive weight bodybuilders on self-directed regimens of anabolic steroids for examination of left ventricular size and function via echocardiography. Increases in left ventricular posterior wall (LVPW) and ventricular septal thickness (VST) were apparent in the steroid-user group (p [less than] 0.05). Ratio of echocardiographic findings to body mass index (BMI) revealed a significantly smaller left ventricular and diastolic dimension (LVDEd/BMI, p [less than] 0.05) in the steroid-user. The smaller LVDEd in steroid-users is coupled with a significantly disproportionate septal and posterior wall thickness in steroid-users. There was no direct evidence of diastolic dysfunction. Thus it appears from these studies that androgens alter lipoproteins leading to a questionable increased risk for cardiovascular disease and may potentiate concentric left ventricular hypertrophy without affecting cardiac function.