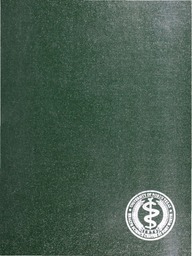 Perez-Lamiguerio, Maria A., Changes in Mammalian Chromatin Structure as a Function of Protein-poly(ADP-ribosyl)ation by Endonuclease Digestion. Master of Science (Biochemistry and Molecular Biology), June 2004. 66 pages, 12 illustrations, Bibliography, 45 titles. Mammalian chromatin was exposed to either Deoxyribonuclease I or Micrococcal Nuclease digestion as a function of time of incubation and enzyme concentration. Endonuclease enzymatic reactions were stopped with EDTA. Samples were run in 1.5% agarose gels and the oligonucleosomal electrophoretic migration patterns compared. Endonuclease experiments were carried out with rat liver chromatin pre-incubated in the presence or absence of 200 μM βNAD+. A solution of 1.0 mM benzamide was used to stop enzymatic modification. The electrophoretic observations demonstrated a faster and increased degradation of chromatin when proteins were poly(ADP-ribosyl)ated prior to digestion. These results support the hypothesis that that the covalent poly(ADP-ribosyl)ation of chromatin proteins, particularly histones, induces a more relaxed structure, rendering chromatin more sensitive to endonuclease digestion.